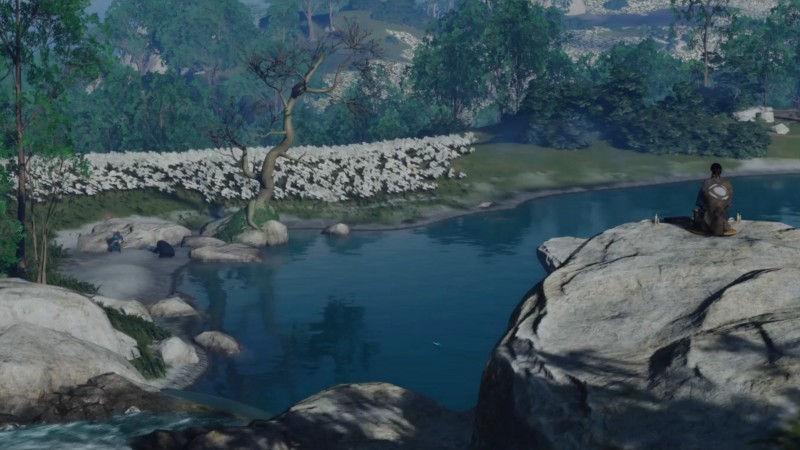 
I adored my time exploring Sucker Punch’s Ghost of Tsushima, and said as much in my review of the game. It’s a somber and thoughtful exploration of war and suffering, with an incredibly gorgeous setting.

But it can also be pretty funny.

In one especially amusing moment that I captured, Jin Sakai follows the telltale yellow bird to a quiet cliff overlook, there to contemplate (of all things) the nature of defeat. As he kneels in silent contemplation, and the softly flowing chant music begins to swell, the view cuts to the nearby lake. There, in perfect view, a pair of Mongol warriors are hard at work attempting to take down a bear. The bear picks up one of the men, flings him into the lake, and the man never surfaces. The other Mongol warrior, in a fierce act of vengeance, proceeds to kill the bear. And then, after an all-too-brief moment of looking out over the water for his buddy, he gives up and just hangs out on the shore.

You can check out the brief but amusing exchange below.

Oh, and for the record, this is the actual haiku I composed in the game, in response to the unfolding scene: 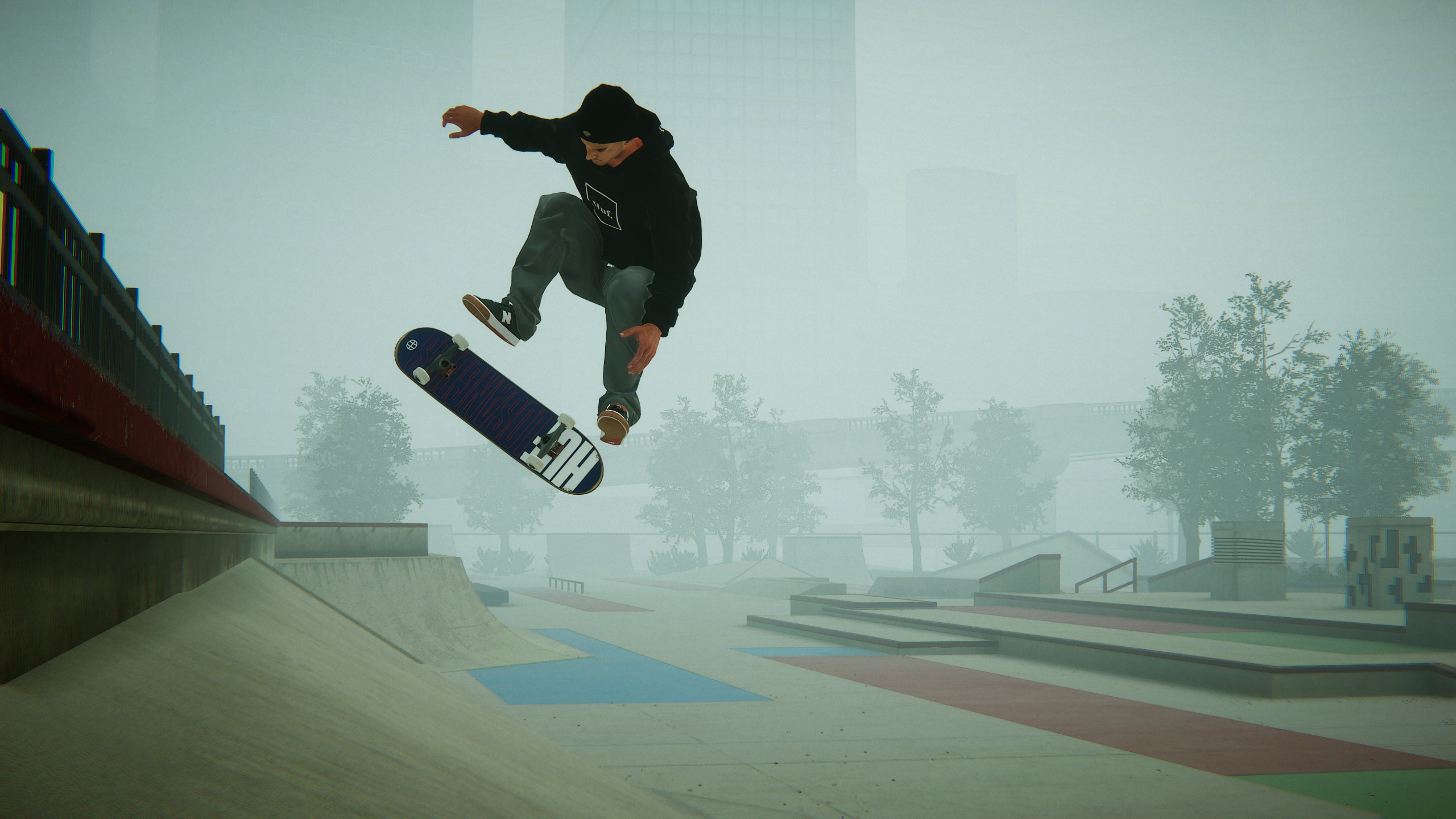 Skater XL will include three community maps at launch