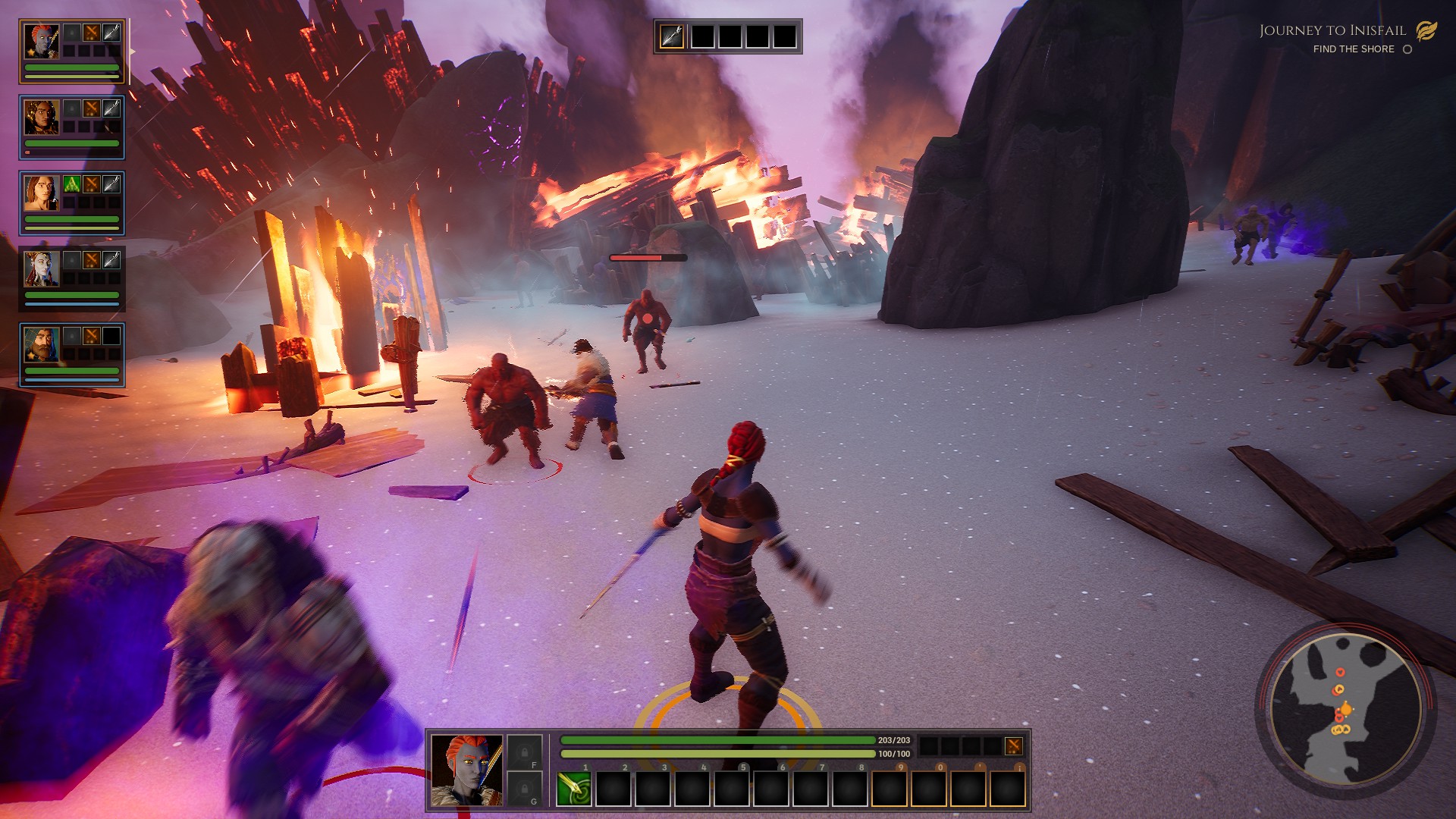 
Ever since the first Dragon Age, fans have been chasing that particular dragon. However, not much has ever really been able to compare. The Waylanders, a new game from Gato Studio out of Spain that’s entering early access next week, is hoping to finally make the dream of giving fans the BioWare quality of yore come true. I got to try out the game’s alpha to see a bit of what’s in store for next week’s launch.

The Waylanders starts as many RPGs do. You choose your gender, your race, and a class, and hop into things. You aren’t forced to play as a human either, as there are other choices. These include making your character a werewolf (but not really, that’s just what they appear to be called), or an immortal known as a Mourian. You then pick from a familiar set of classes running the gamut from a melee fighter, ranged fighter, or magic user. The customization options aren’t insanely detailed, however, so don’t expect to be able to design your character’s face or anything. At least, not yet.

Once your character is ready to go, you’re dropped on a boat in the middle of a voyage. You serve as a protector to King Ith, who is making a journey as an envoy to meet literal gods known as Tuatha. You meet his loyal advisors and his son as you all make your way to your destination. Upon landing, however, something goes wrong. I’m not going to spoil the opening of the game, so you can rest easy if you’re worried about that. 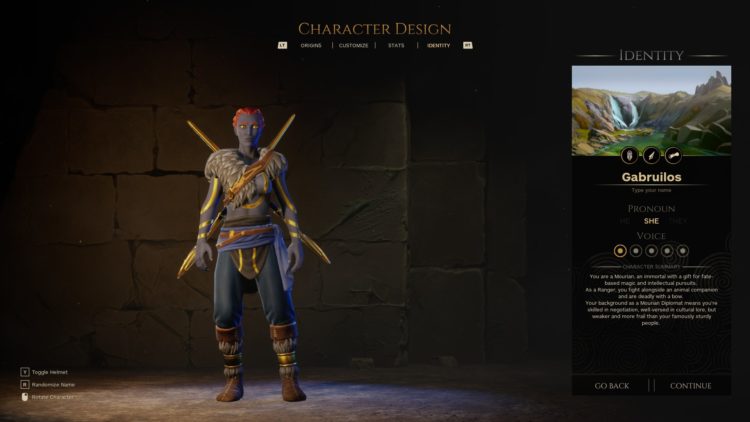 The Waylanders is very much trying to be like Dragon Age, so there’s a lot of dialogue. And the voice acting is quite good, with witty dialogue witty that I found to be interesting for the most part. Some of the characters are also inherently likable. There are some truly silly moments, though. One of these is a huge spoiler, so I shouldn’t say what it is, even if I want to. Also, it’s worth mentioning that your character is a silent protagonist, so don’t go expecting them to spout off dialogue like most of the later BioWare games. This makes sense due to the different races and classes, though, so it’s hard to fault them.

Once you get land under your feet again, it doesn’t take long for you to find a bunch of enemies to fight. The combat in The Waylanders is very much what you’d expect. You’ve got several members in your party that specialize in a variety of different things. Clicking their portrait or character model lets you take control of them and pressing the space bar pauses the action and allows you to direct them. This works much as it does in the game’s inspiration, even if it’s not quite there yet.

Telling characters what to attack often led to them merely traveling to points I didn’t tell them to go to. And, movement commands queue up, so trying to get them to attack would sometimes lead them to take a few steps, stop, and then go to the next indicated space. And when you do successfully select an enemy to attack, the game doesn’t do a great job of letting you know. Compared to you-know-what, managing combat is clunky and kind of annoying. 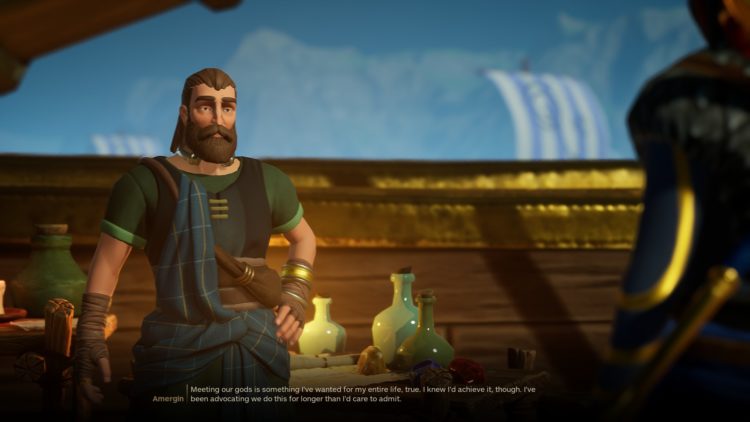 It also doesn’t help that you have no free camera control when selecting targets for your party. This leads to awkwardly trying to get them into position so that the camera can peer around anything obstructing them. Even then, you can only select an enemy to attack if a dot appears on them. But this isn’t exactly reliable either. If you’re controlling a ranged character and trying to attack a foe that a melee character is engaging, the melee character will make it so that you can’t mouse over the enemy at all sometimes. It needs some work.

Even during this prologue, the enemies can still destroy your entire party if you’re not paying attention. The boss wiped us all out, save for my main character, who was able to miraculously take him out moments before she would have kicked the bucket herself. The healing spell I’d been using just didn’t heal enough HP to keep the healer alive, let alone the rest of the party. Still, a win is a win.

The Waylanders wouldn’t be an RPG if it didn’t have loot and, even in the opening alone, I saw a fair amount. Enemies dropped weapons and armor that could be equipped. The ship even has one of those nifty giant treasure chests for storing all your gear. I was nonsensically able to warp back there and check on that, even though it should have been impossible due to story events. Oops. 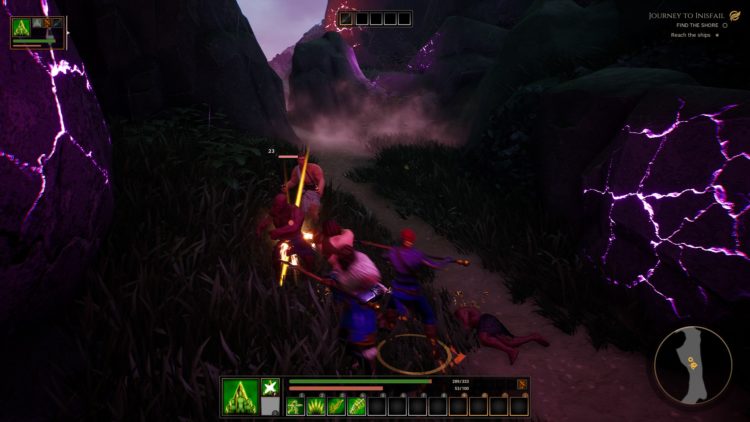 I didn’t get to spend too long with The Waylanders. After the combat section and subsequent iffy boss battle, I was whisked to another area that quickly told me I needed to find another character and speak to them to advance the story. Only, I couldn’t find them anywhere. I scoured the area for a good while and didn’t even see any speech bubbles on my map indicating a character I could speak with. I don’t know if I did something wrong or if they just didn’t show up because I’d reached the end of the available story.

The Waylanders is pretty rough at the moment and, seeing as it enters early access next week, it doesn’t have much time to completely turn itself around. But only the first quarter of the game is going to be available anyway, so there’s still a very large amount of polishing to come. While the combat didn’t do much for me, the setting, lore, and dialogue are all very promising.

The Waylanders could very well end up successful in its endeavor to stand on the shoulders of giants. It even has a former head writer from Telltale in charge of the story, as well as the Dragon Age series director acting as a consultant. Here’s to hoping that the game blossoms from these very promising seeds. 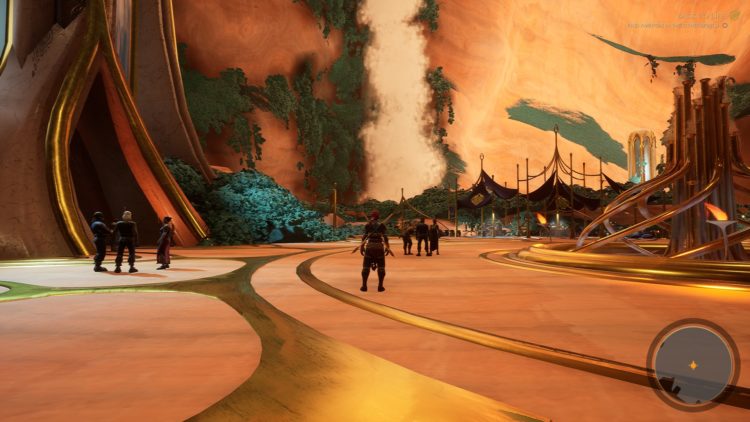 Leadership through Data Science at Roblox 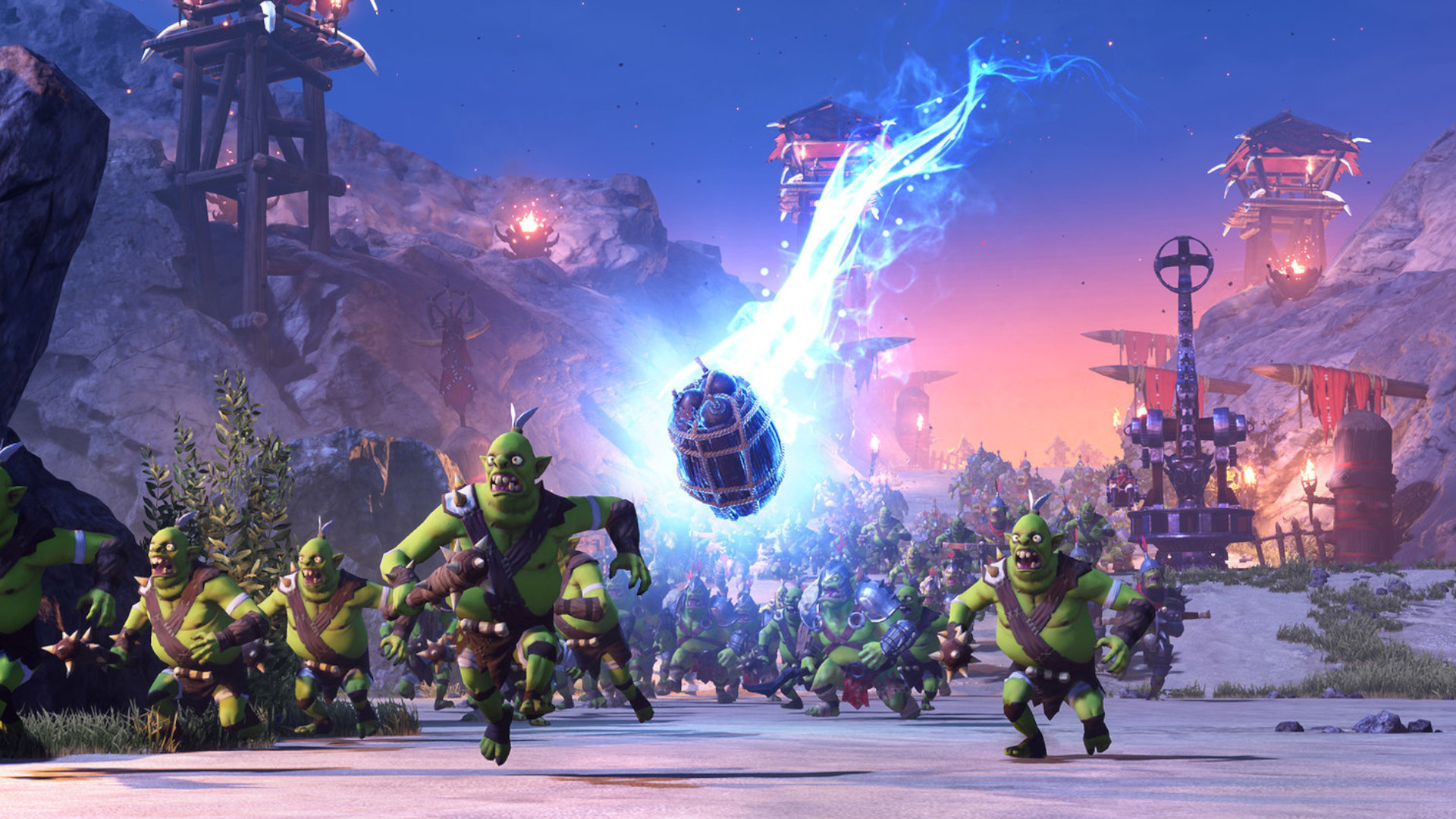