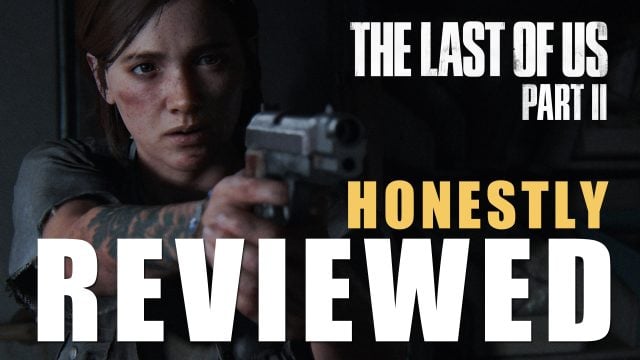 
The Last of Us 2 is a direct sequel to Naughty Dog’s The Last of Us, which came out in 2013. The original followed the story of Joel and Ellie in their quest to create a cure for a zombie-like virus that has all but wiped out modern civilization as we know it. In this Last of Us Part 2 Review we’ll be taking a look at the Story, Gameplay and mechancis of Last of Us II, but please note there will be heavy spoilers as it’s nearly impossible to evaluate the story without talking about some, so skip to the final verdict if you wish to remain spoiler free.

The Last of Us 2 Review

Please note that this review will not be taking into account any perceived agenda by Naughty Dog, whether real or imagined, and will focus on the The Last of US 2 solely as a video game. Additionally, all our reviews are honest, but we’ve never been asked so many times if we’ll do “an honest review” so yes: this is our honest opinion, as always. Please read our Review Guidelines to understand our scoring system.

Last of Us 2 Review: Story & Setting

The setting of The Last of Us II is similar to that of the first game. Players enter a world devastated by a disease that turns people into mindless and aggressive monsters, which has led to the collapse of civilization and the agreed-upon rules of society. Dealing with disease and famine, survivors have fragmented into tribalist groups that distrust strangers and are quick to execute their own justice.

The Last of Us II begins several years after the events of the original, with a mostly grown-up Ellie and a much greyer Joel. They’ve settled in Jackson, the small town ran by Tommy (Joel’s brother) and his wife, and life seems to have found a way to carry on despite the best efforts of the ravaging virus. Things take a hard turn rather early in the game when Joel is killed by a newly introduced character, Abby, whose motivations for hating Joel are not initially explained. Ellie is a witness to the brutal torture and murder of her father figure, and is subsequently filled with rage, a rage that is felt vicariously by the player as we spent most of the first game playing as Joel.

The Last of Us 2 is thus setup to be a “revenge movie” from that point onward, à la John Wick or Taken, but unlike those movies the revenge almost never feels satisfying. This is mostly because the game suffers from huge pacing issues, where large stretches just drag on with no real meaningful plot progression or action, with Ellie pointlessly picking up collectibles. However, there are other reasons as well.

Perhaps the biggest issue is that you never see the antagonist, Abby, again until much much later into the story (about 15 hours or so), which leads to a breakdown in the anger you feel towards her, drastically lessening the satisfaction of slaying Joel’s killers (Abby had help). But there is also the fact that Tommy sets off ahead of you, and for a good stretch of the game you are simply following in the wake of his devastation, as he takes his revenge, preventing you from taking it yourself.

When Ellie and Abby finally do come face to face again, you flashback and play through the events that lead up to this showdown from Abby’s perspective. And while this was actually a very clever idea by Naughty Dog, giving players the opportunity to see that there are two sides to every story, it was executed very poorly.

Between the hours-long flashbacks, you skip forward and backward through time as Abby (even having a flashback within a flashback at one point), until you get overwhelmed trying to keep track of where you are compared to where Ellie is in her timeline. The constant jumping back and forth removes much of the sense of the game’s progression leaving you wondering “Why am I here?”.

This is even further exacerbated by the fact that a large portion of Abby’s story is a side quest to help a stranger (about 6-7 hours worth), that has absolutely no impact whatsoever on the game’s main story line, unless that character has a substantial role in The Last of Us III, which is a virtual certainty based on the game’s ending. That means that about a quarter of the game is focused simply on setting up the plot for the next game.

In conclusion, the game’s story leaves the player feeling nearly as exhausted as Abby and Ellie themselves by the end of the game. If the goal was to make the player wonder “What is the point of it all? Why carry on with something that will make no difference anyway?”, then Naughty Dog certainly accomplished this… just not in the way they hoped. 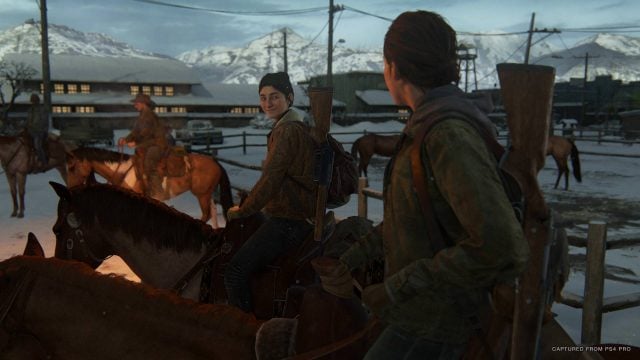 Last of Us 2 Review: Gameplay

There are also new Skill Lines to unlock with both Abby and Ellie that allow you to focus on different styles of play, and now that there is a NG+ mode, where you’ll be able to use what you’ve unlocked from the very get go in a second playthrough. And you’ll need to if you want to get all the Skills, since you simply can’t do that in one playthrough.

My only complaint with the gameplay itself was the rather large focus on environmental “puzzle” solving during the first half of the game that wasn’t particularly fun, but otherwise the core of why the game is being described as “boring” can be attributed to the pacing issues, because the actual mechanics themselves are very good, and the execution of the moves and skills very satisfying.

Pacing is both a story and gameplay mechanic, and where on TLOU we thought it was very well done, in this game it instead feels like a fragmented story told in a clumsy way and padded with pointless gameplay sections that do not add anything to the narrative and rather detract from it by lessening the impact of important story events by trivializing the journey. 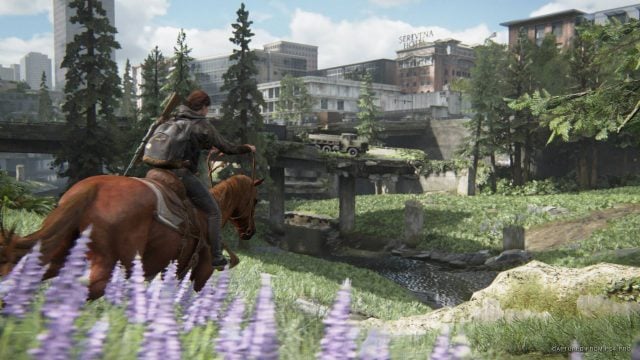 Visually, The Last of US II is easily one of the best looking games on PS4. It’s up there with God of War, Death Stranding, and Assassin’s Creed Odyssey, and frankly I don’t think you can get much better with the technology available. And what was really impressive about it, was that I had no bugs or glitches and almost zero frame drops in my entire playthrough, making for a very smooth experiences.

On the audio front the voice acting is top notch and is on par with other Naughty Dog titles, which are some of the best in the industry in this category. It’s hard to find even one character that did a bad job with their lines, and this aspect was so good it just felt like you were watching a movie.

The sound of the game was outstanding overall. From the quaint songs added to the game’s soundtrack to the gurgling as someone choked to death on their own blood, everything sounded fantastic. My only nitpick here is that I wish there was a bit more mood music, much like Red Dead Redemption 2 and Death Stranding. The use of music in gaming can do so much, and I felt like Naughty Dog could have used it so much more! 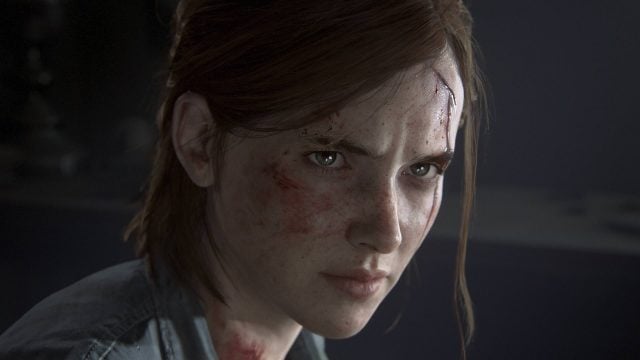 Last of Us 2 Replayability

Unlike The Last of Us, there is no multiplayer for players to engage in so The Last of US 2 is going to take a hit in this category. The replayability of the game comes from the newly added NG+ which allows you to play again, keeping your skill progression from your first playthrough for both Abby and Ellie. How many people will actually play the game a second time though, is anyone’s guess.

In my case, I do not feel like the story is worth a second go-around, and so many portions of it felt dragged out and tedious that it does not seem like an exciting aspect. I will probably replay the game regardless, because our community will want to revisit and chat about the events, but the average player will likely put this away after one use.

If the developer adds multiplayer, then this review (the written form at least) will be adapted to reflect that. 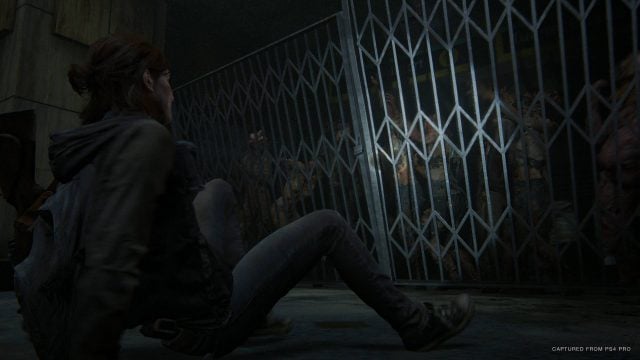 As I just mentioned The Last of US II doesn’t have any multiplayer and so relies completely on the “experience” of the game to determine its value. Unfortunately, because that experience is likely to be “interesting” at best, I’m not sure you can call this a 60 dollar title.

Clocking in just at about 25 hours of gameplay, and slightly more if you spend time seeking out every collectible, the game’s value-per-hour is not on par with other AAA titles. Obviously the graphics, voice over and production value help to add to the overall quality of the game, but I don’t think they do enough to get it quite the 60 dollar mark and you should probably wait to get the game on sale if you want to play. 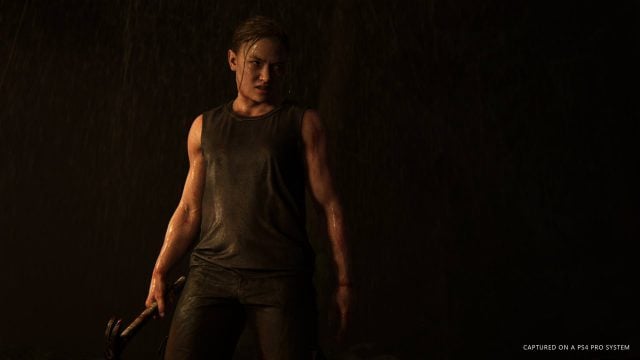 Video Games are an art form, and they express the messages of their creators and elicit emotions just the same as movies, television and even books. Recently we’ve seen a trend with more and more games being about the experience, rather than the gameplay itself (I’m looking at you Death Stranding), and it has created quite the paradox. Some of the best movies and books of all time leave a lasting impression upon their viewers, but many of them would never be described as “fun”. But The Last of US II is a GAME, and therin lies the problem…

The Oxford Dictionary defines a game as “an activity that you do to have fun, often one that has rules and that you can win or lose“. And while you can argue until the cows come home about whether or not he Last of Us II is “fun“, it violates the second part of the definition, because when all is said and done you have no idea if you’ve won or lost the game!

I’ve been called a noob. I’ve been called terrible, garbage, trash, and everything under the sun for dying in a video game on stream. But never have I ever had twenty thousand people cheering every time I died, because they hated the character I was playing (Abby) so much that they’d rather see her jump off a ledge over and over than carry on with the game. And I think that says about all you need to know about The Last of Us II.

Summary: The Last of Us 2 is a beautiful, wonderfully acted interactive movie that is utterly let down by a fragmented plot and poor story telling. With solid but unimportant gameplay mechanics, a title that should have been game of the year is instead relegated to the sales pile. LOU2 is an interesting experience, one that I am happy to have had, but not one that I want to have again.