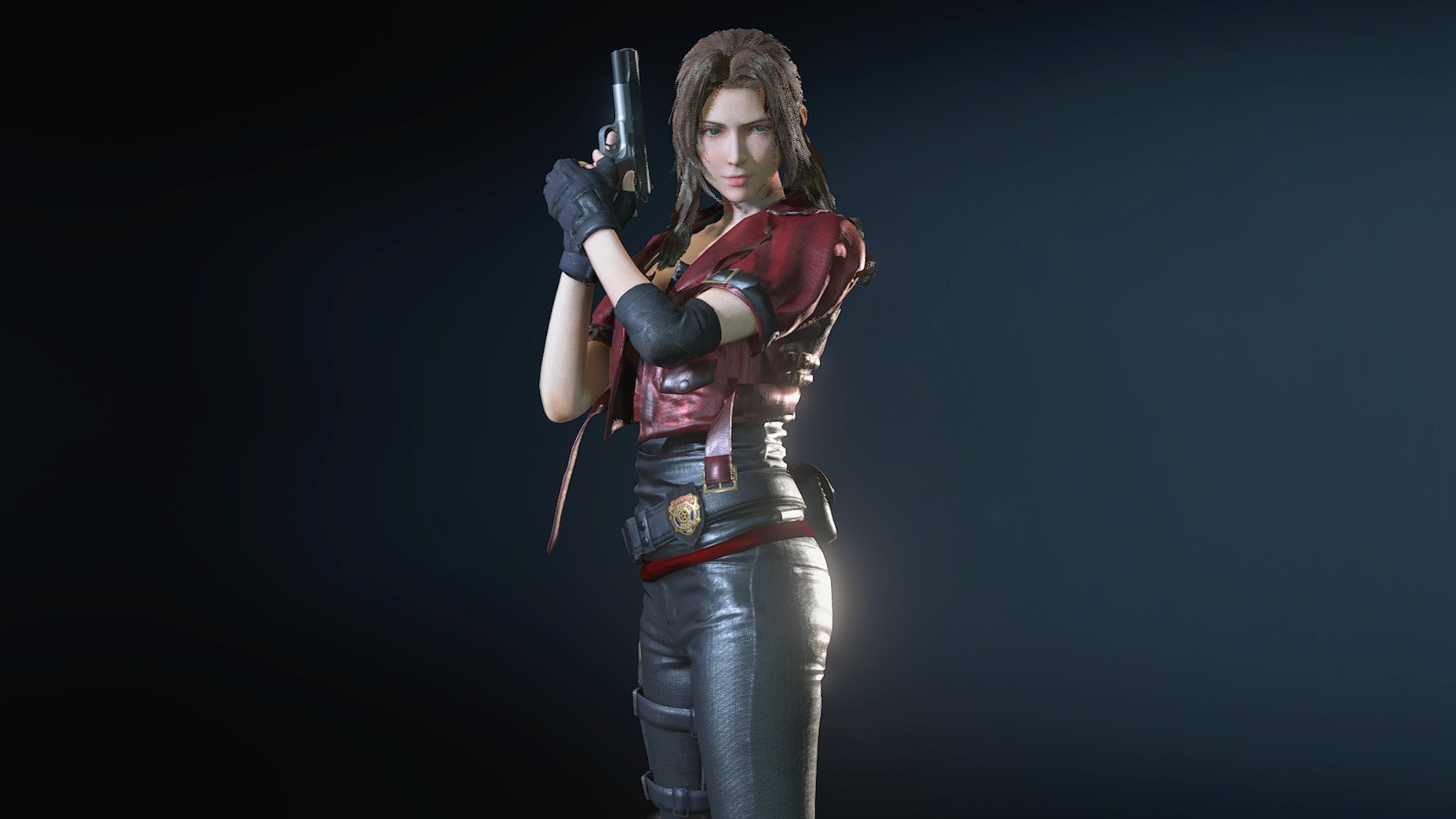 
There was once a debate over whether Tifa or Aerith is the superior romantic partner from Final Fantasy VII. Then the remake came out, Aerith swung a chair at that one guy’s head, and there is no longer an ounce of doubt that Miss Gainsborough is FF7’s best girl. Now, modders have taken the next logical step: they’ve given Aerith a gun. In Resident Evil 3, anyway.

The Aerith Gainsborough mod for Resident Evil 3 replaces Jill Valentine with everyone’s favourite flower girl, so that you can truly bring the cycle of PlayStation-era remakes of horror games and RPG games full circle. Aerith’s face comes straight out of the FF7 remake, but she’s dressed as a modern STARS officer – just with the traditional tiny red jacket.

You can grab the file over on Nexus Mods, or just the hair, if you want to give Jill a makeover. The mod is still technically in beta, and has a few issues including clipping and rigging problems. Further updates are coming to both squash bugs and introduce some new variants for the character.

For now, though… Aerith’s got a gun, and that’s enough for me.

There is still no confirmed PC port for the FF7 remake, but if and when it does launch, I can only hope we get to see Jill and Claire modded in to replace Aerith and Tifa. It’s only fair at this point.

"Each time we've been made aware of misconduct, we made tough decisions," says Ubisoft CEO