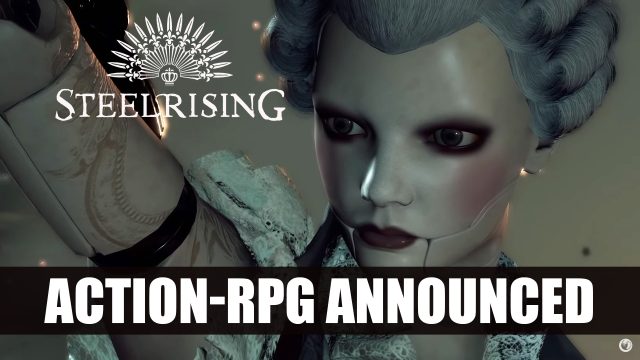 
Spiders developer who was behind Greedfall has today announced a new RPG called Steelrising set in the alternative telling of the French Revolution with an automaton army.

During the Nacon event today, Spiders has announced their next project Steelrising. A game set during the French Revolution about King Louis XVI’s automaton army which is terrorising the citizens of Paris. In this retelling, players will get the change to change the course of history.

To say the least the plot sounds completely bizarre, but the trailer shows some of the vision for this game. Kind of like a cross between steampunk with an automated puppet army. These automatons look pretty creepy, some of them have a sort of Terminator vibe but set in a completely different time frame.

In Steelrising you will take on the role of an automaton called Aegis, who is the bodyguard of Marie Antoinette, and tasked with seeking its creator in order to stop the massacre caused by King Louis XVI’s robot army. In this RPG, Spiders is focusing on a more action based game according to PCGamer, with verticality and integrated level design.

Aegis also has both melee weapons, “alchemical rifles” and more heavy duty weapons which can be adorned on her body. Her body can also be upgraded and parts replaced, which can be gained from completing a number of side quests. This could mean a number of prosthetic upgrades which could make for some interesting gameplay and customisation.

While their previous Greedfall was a little rough around the edges, I did enjoy what they attempted with the mix of traditional weapons with magic and the crafting system. I’m kind of curious to see how this one turns out as it has very unique concept, still set in a bygone era but with almost futuristic weaponry which almost reminds me of Bioshock games. If you want to know what we thought of Greedfall be sure to check out our Greedfall Review.

Steelrising currently has no release date but will be releasing on  PC and next-generation consoles.

For more news be sure to read next Werewolf: The Apocalypse – Earthblood Delayed To 2021 and Rumour: Elden Ring Details Leaked Before Xbox Games Showcase .

How Do I Keep My Relationship Alive When I Can't See My Partner?