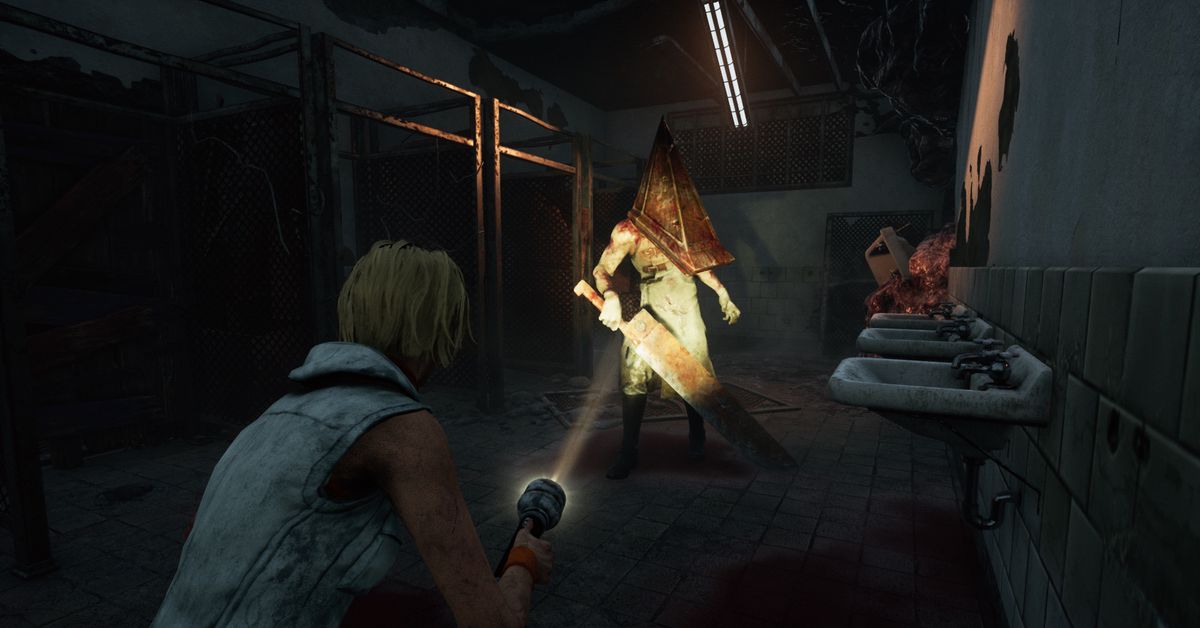 
Did you know Pyramid Head recently arrived in the world of Dead by Daylight, along with survivor Cheryl Mason and the Midwich Elementary School from the Silent Hill franchise? This is, of course, an iconic character from a survival horror classic. Fans eagerly waited to see this new killer, so they could judge his competitive balance in the asymmetric horror game.

Unfortunately, there’s quite a controversy in the community. Fans are alleging that Behaviour Interactive, the studio behind Dead by Daylight, has nerfed Pyramid Head’s most important asset.

i was thinking 2020 could not possibly manage to get any worse but then they nerfed pyramid head’s ass in the Dead by Daylight dlc. when will it end pic.twitter.com/JiZa91U6pN

Pyramid Head debuted in Silent Hill 2, where he served as an ever-present manifestation of the protagonist’s guilt and shame. In Dead by Daylight, he joins the roster as The Executioner, and he uses his Great Knife blade to dig trenches and block survivors. The community loves this faithful interpretation of a big scary boy, and they have dubbed the killer Daddy Pyramid Head.

However, Behaviour Interactive denies ever touching Pyramid Head’s butt. They insist his ass is equally as round and full, and it was not reduced during production or after his release in the game. Polygon received the following statement from Mathieu Cote, game director on Dead by Daylight, via email.

I can confirm that while our art team did continue to polish Pyramid Head, his butt remained untouched. The apron covering his body was modified, which might create the illusion that his body was also changed. We leave it up to our players to discuss, at length, whether the change in garment has had a significant impact on his butt and how that will affect his performance as a killer.

For now, players can breathe a sigh of relief knowing that there have been no major alterations to a popular character in video game canon. The Silent Hill chapter of Dead By Daylight is available for $6.99, and allows players to take the role of either Cheryl as a survivor, or Pyramid Head as a killer. Pyramid Head joins other licensed killers from horror franchises, like Saw’s Amanda Young, Michael Myers from Halloween, and A Nightmare on Elm Street’s Freddy Krueger.