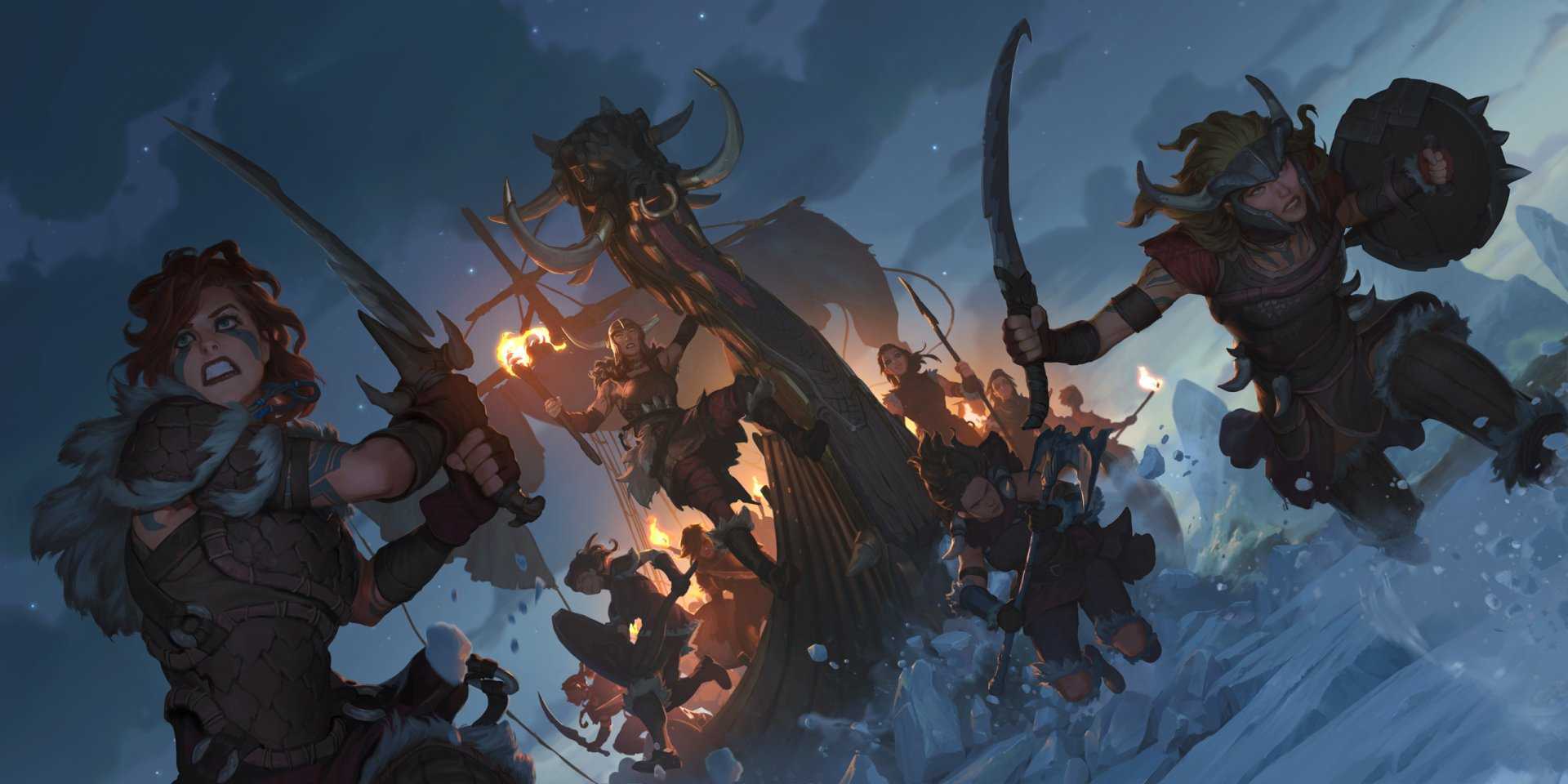 
As per the recent changes for patch note releases in Legends of Runeterra, we got the official patch notes for patch 1.4 that will drop next week and begin the Season of Fortune. With it come balance changes, as well as a new Gauntlets mode. So while the patch doesn’t go live until next week, we are going to go over what changes players can expect in the new season.

Changes to previews and releases for the future

Ranked seasons will follow this bi-monthly schedule of new card releases as well, with ranks resetting at the start of each of these new seasons. Previews for the new season will also begin to drop close to each release. The new cards and region will come at the end of the Season of Fortune, giving players and the team the chance to develop and balance the meta as much as possible. 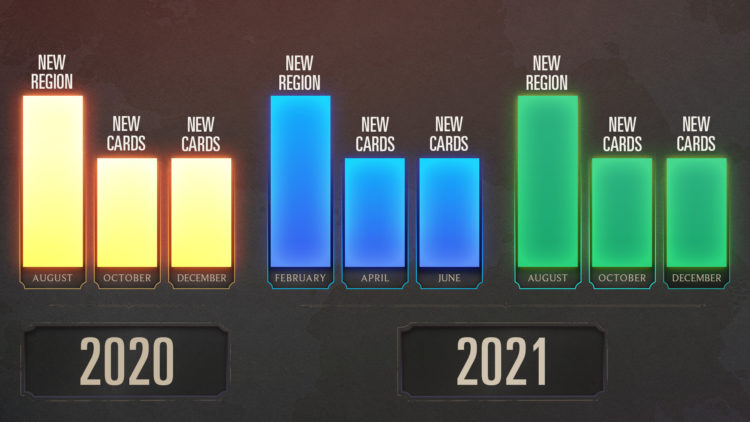 Throwing down the Gauntlets

Over the course of this season, Runeterra will be adding two new game modes, as well as updates and tweaks to existing features. Gauntlets is the name of the first new mode, which will take place every weekend for about four days total. Each Gauntlet will have a unique deckbuilding rule that players must adhere to. The first weekend, June 26, will just use standard deckbuilding rules to test the system. But the following weekend’s Gauntlet, July 3, will be a singleton format, meaning that your deck can only have one copy of any card in the deck. So your deck will contain 40 individual cards.

In each Gauntlet, players will fight their way to try to get seven wins, much like Expeditions. Everyone who participates in a Gauntlet will receive a special icon, but players who make it to seven wins will receive a special “Gauntlet Conquerer” icon. The development team plans to add more rewards and incentives to Gauntlets down the line, including full in-game tournaments at some point in the future. 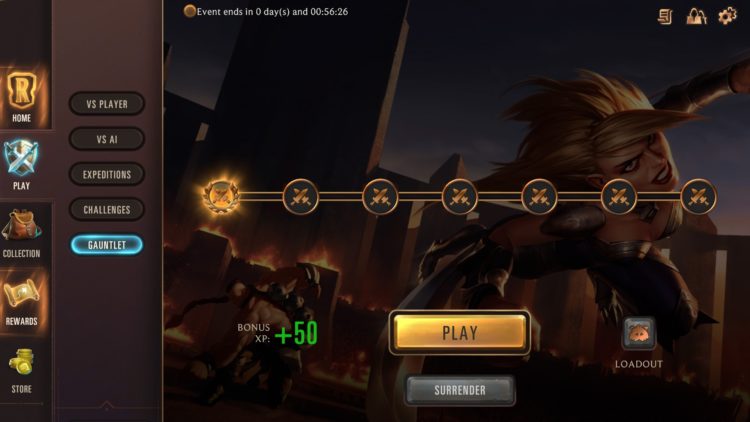 In addition to Gauntlets, ranks will be partially reset, and there will be 20+ card balance changes, new personalization items in the store, an update to Masters tier LP, and rewards for your rank during the Season of Plunder. Previously, Masters tiers had been rank-ordered by the player’s MMR (Matchmaking Rating). However, this led to many players not knowing how much they would win or lose in any given match, making losses feel unnecessarily punishing.

Early in July, patch 1.5 will bring the second of the new game modes, Labs. While Gauntlets are aimed to be more competitive, Labs are aimed at a more casual audience. Labs will change with each new patch, and each Lab will add some new twist or change to the Runeterra rules or gameplay system. The first Lab, A.R.A.M., will be available on July 8 with the release of patch 1.5. In this Lab, players will choose from a random selection of champions before a match begins and start the game with those champions in hand, as well as being accompanied by a deck completely generated by the game! Labs seem to be looking for more chaotic and loose-formed gameplay than Gauntlets. 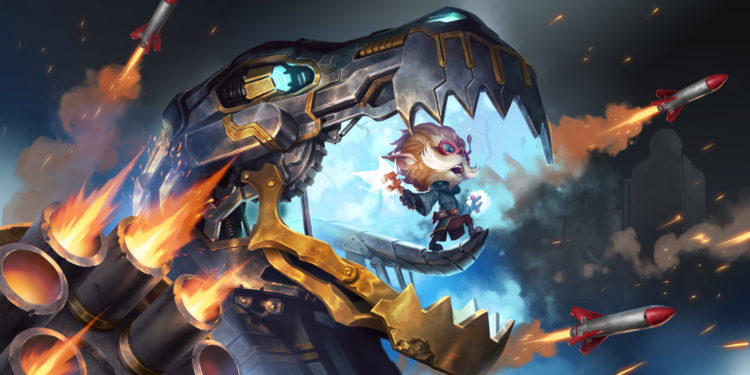 Near the end of July, patch 1.6 will bring the first in-game event for Legends of Runeterra, which will have its own new Lab, special quests, personalization items, and more that will last throughout the whole month of August. The theme of the event is being kept under wraps for now, but events look to be a way to give players more rewards for their time spent playing, which will include access to limited-time items that can be earned by playing through the event. There will also be an Event Pass available in the store to access even more items and cards during the event. I expect these to be very similar to the Season Passes in Teppen, which for a small price let players get access to bonus content on top of everything else being offered during the event.

Patch 1.6 will also bring cross-shard friend challenges, to help players play against others from all over the world. Patch 1.7  then will add more quests and store content, as well as a new Lab and a different twist on the singleton Gauntlet format. Additionally, players will be able to finally choose themselves which card art represents their deck in the deckbuilder. 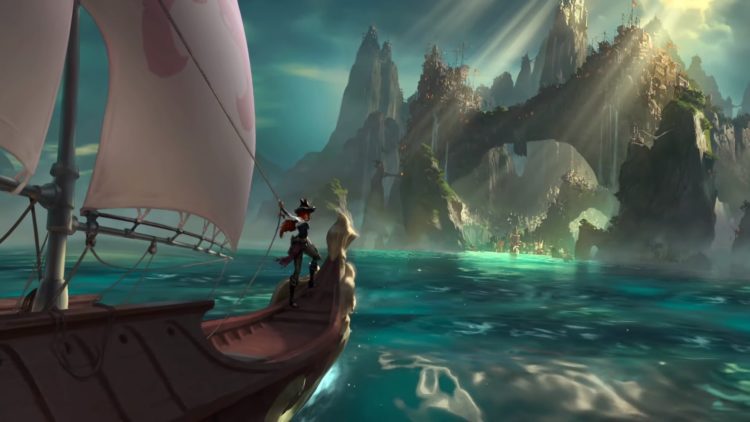 A bright future ahead

Also planned are better long-term goals for competitive accomplishments, including exclusive cosmetic rewards that can be used over time. The main rewards mentioned are cosmetic card modifications that you can collect and include in your decks. Not much information was given beyond that, but expect more to be shown as we roll into August.

For only being a month out of beta, Legends of Runeterra is putting its best foot forward in providing content for players, new and exciting ways to play, and improving on its already existing formula. It is an exciting time to be getting into the game. The full patch notes for 1.4 will release on Tuesday, June 23.