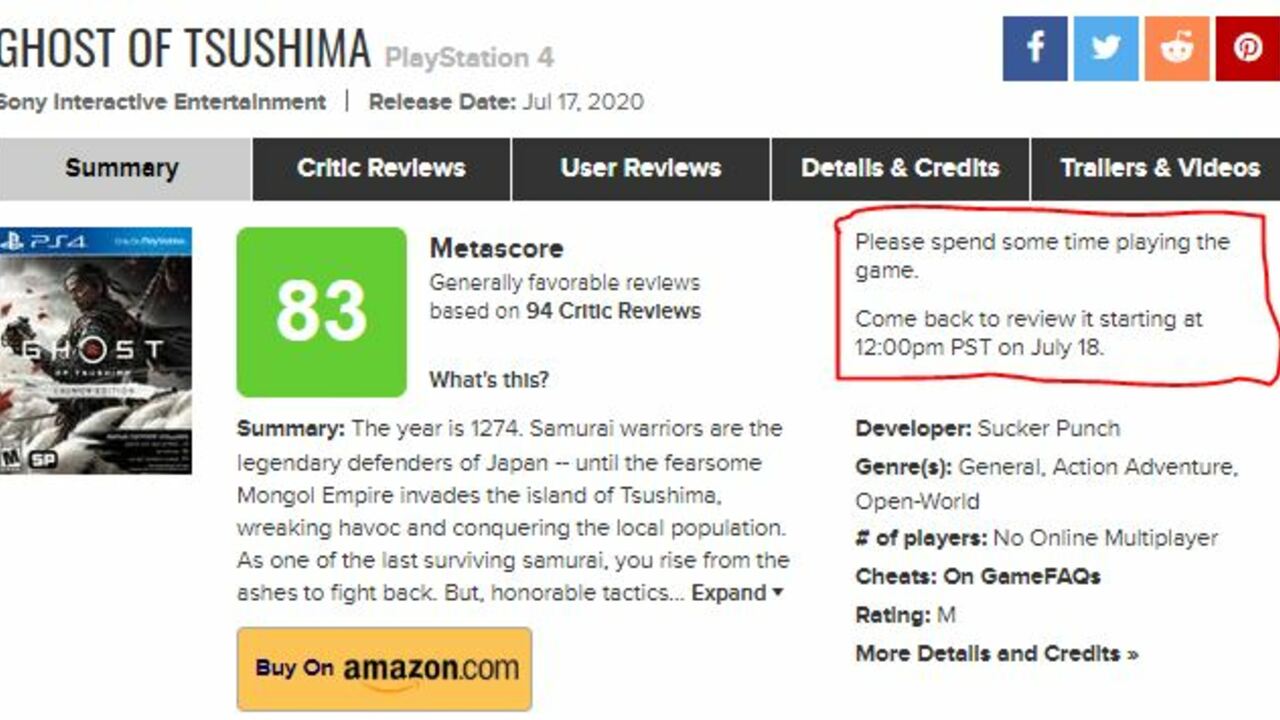 
Perhaps a little red-faced that its user reviews became one of the key battlegrounds in The Last of Us: Part II’s well-documented backlash, Metacritic temporarily paused Ghost of Tsushima verdicts while it encouraged fans to play the behemoth open world game. It only held the feature back for 24 hours, but those eager to rate the release on launch day were told to “spend some time playing” before returning on 18th July.

The title’s now amassed almost 450 user reviews, and secured a rating of 8.9, so there’s no sniff of a review bombing scandal here. Metacritic will be hoping that the small adjustment goes a long way towards discouraging miscreants, but we’ll need to wait for a more “controversial” title before we can truly see if its efforts have had any effect.