With Ghost of Tsushima releasing on the 17th July 2020, we thought it might be fun to look at and recommend other samurai media in an effort to fuel your hype. As such, we’ve compiled a list of 15 samurai games, movies, and anime that we think are well worth checking out, even if you’re totally new to samurai stuff in general.

Samurai Shodown is a long running fighting game series from SNK. And its latest instalment, simply titled Samurai Shodown, is a must-play if you’re into classic samurai action. The game’s combat system is built around the romanticised concept of classic samurai duels, complete with blasts of blood and lightning fast swordplay.

What sets Samurai Shodown apart from other fighting games is its commitment to huge damage. Heavy attacks can cut your health bar down to size in seconds, and so the title thrives on creating tension. One wrong move can lead to either brutal defeat or glorious victory.

This emphasis on single, powerful strikes also means that difficult combos aren’t as important as they are in other fighting games. Samurai Shodown may be unforgiving, but it’s easy to pick up, play, and understand. It also boasts a great cast of characters, each of them with their own distinct weapons and fighting styles.

Please note that some links on this page are affiliate links, which means if you click them and make a purchase we may receive a small percentage of the sale. Please read our FTC Disclosure for more information.

You fill the shoes of Sekiro, or Wolf — a ninja and the sworn protector of a young lord. Although the game makes use of many fantastical elements, there are still nods to Japanese history here, and as alluded, the swordplay is going to appeal to anyone who has an interest in samurai stuff.

As you’d expect from the makers of Dark Souls, Sekiro is not an easy game. Combat revolves around parrying incoming attacks, and subsequently forcing your opponent into a vulnerable state. It takes time and practice to properly learn the ins and outs of Sekiro’s struggle, but once mastered, the game’s combat is hugely rewarding.

Oh, and it probably has the best blood spray on PS4.

A PS2 classic remastered on PS4, Onimusha: Warlords has its roots in feudal Japanese history, but as the story progresses, more and more supernatural elements are introduced. And while the game does show its age from time to time with fixed camera angles and pre-rendered backgrounds, it still makes for an engaging adventure.

You play as Samanosuke Akechi, a swordsman who sets out to rescue his cousin — a princess, no less — from a demonic army. Gameplay is made up of action-based combat encounters, exploration, and puzzle solving. It’s very much a traditional Capcom title in the mold of Resident Evil, but with a much greater emphasis on battle, as Samanosuke unlocks and upgrades various deadly weapons.

Onimusha: Warlords is another game that delights in adapting classic samurai combat, complete with all of those cool sword-clashing sound effects. As an interactive samurai experience that you can cut through in around five hours, it’s well worth a look.

Team Ninja’s follow-up to the already rock solid Nioh, Nioh 2 is a fantastic action RPG that boasts a great deal of depth. Set in late 1500s feudal Japan, this is another game that fuses history with fantasy, as your custom character embarks on a quest to silence the demonic hordes that sweep the nation. Unforgiving fights and mountains of loot await.

While Nioh 2 isn’t for everyone, it’s the combat that hooks most players. You can go classic samurai style with a katana, or kick things up a notch with a suitably huge odachi. There are a bunch of other weapon types as well, but no matter which instrument of death you choose, the result is consistently frantic fights with foes of all shapes and sizes.

Omega Force’s Warriors games aren’t exactly subtle, but Samurai Warriors 4 is one of the developer’s finest works. Taking its huge roster of playable characters straight from feudal Japanese history, the title does a surprisingly great job of telling a historical story. Its campaign mode covers many of Japan’s most famous clans, their beliefs, and the people that guided them through an era of bloodshed.

In typical Warriors fashion, the game sees you hack and slash your way through thousands of enemies across a number of historical battlefields. Sure, it gets a bit repetitive after a while, but the title’s broad character roster and slick presentation keep things feeling fresh for a lot longer than you might think.

As a relatively quick and entertaining overview of feudal Japanese history, Samurai Warriors 4 is definitely worth considering, despite being a totally over-the-top action title.

Widely regarded as one of — if not the greatest samurai movie ever made, Seven Samurai is perhaps legendary director Akira Kurosawa’s most well known work. Despite being over 60 years old, the film still excels in telling a gripping character driven story, as seven warriors join forces in order to protect a village from raiding bandits.

It’s a long watch, but the atmosphere, tension, and eventual payoff make Seven Samurai an absolute must for anyone even remotely interested in samurai cinema. Across its lengthy runtime, there isn’t a great deal of action — don’t go in expecting samurai duels every five minutes — but the film’s masterful craftsmanship ensures that you’ll come away from the experience with a greater appreciation and understanding of samurai in general.

Takashi Miike’s 13 Assassins is a remake of the 1963 film of the same name. Unlike a lot of classic samurai films, 13 Assassins has a heavier emphasis on action, as lots of blood-soaked fight scenes punctuate a rather dramatic story.

The movie kicks things off with a local lord who commits horrendous crimes without fear of punishment due to the fact that his half-brother is the ruling Shogun. As the lord’s actions continue unopposed, it becomes clear that his growing political power could throw the region into chaos. A plot to assassinate the lord is hatched, and a group of experienced samurai are hired to get the job done.

Needless to say, the assassins run into a number of obstacles as they attempt to off the big baddie, leading to some fantastic action scenes. Its last battle in particular is famously long and brilliantly put together. 13 Assassins comes recommended if you’re eager to see loads of samurai going sword-to-sword.

A dark and seriously bloody tale of vengeance, Lady Snowblood offers something a little different from your more typical samurai movie. The story is told in a nonlinear fashion, as a young woman hunts the men who destroyed her family. It’s a beautifully brutal film that leans heavily on often over-the-top samurai-style action.

If you’re here purely for the blood-spraying carnage of samurai cinema, then Lady Snowblood is an excellently crafted, easy recommendation.

The second Akira Kurosawa film on this list, Yojimbo tells the story of a wandering samurai in late 1800s Japan. Our unnamed warrior is arguably one of the coolest samurai in cinema, boasting incredible sword skills and a calm, cocky demeanour. He comes across a town that’s being torn apart by a conflict between two rival gangs, and basically decides to get rid of them.

If that plot sounds familiar, it’s because Yojimbo was the blueprint for Western classic A Fistful of Dollars. As expected of Kurosawa, Yojimbo is a brilliantly made movie, complete with tense action, character drama, and even some comedy. Another absolute must watch if you’re new to samurai cinema.

While it certainly isn’t an undisputed classic, The Last Samurai acts as a great gateway movie if you’re interested in the genre. It’s essentially a Hollywood take on samurai drama, with Tom Cruise playing a US civil war solider who’s hired by the emperor of Japan to help train a more modern army — an army that’s capable of crushing the now outdated samurai.

Naturally, things don’t quite go as planned. Cruise’s character, Nathan Algren, ends up a prisoner of the samurai, and gradually begins to adopt and appreciate their way of life. The Last Samurai remains a rather unique film in the sense that it’s told from the perspective of an outsider in a completely foreign land.

Again, it’s far from being a perfect movie, but it’s got an engaging, straightforward story, good characters, and some great action.

After working on legendary anime series Cowboy Bebop, director Shinichiro Watanabe’s next anime gig was Samurai Champloo. Much like his previous project, Samurai Champloo is a very character driven show. Wandering warriors Mugen and Jin end up travelling across feudal Japan with a young woman named Fuu, as she searches for a samurai who smells of sunflowers.

Spread across 26 episodes, the ragtag group gets into all kinds of trouble, and we get to learn more about the party as the series progresses. It helps that the whole thing is wonderfully drawn and animated, with some top notch character designs adding to an already stylish, hip-hop infused anime. It’s an easy, enjoyable watch, and some of the fight scenes — especially later on — are intensely entertaining.

As its name kind of suggests, Samurai 7 is based on Seven Samurai, the classic Akira Kurosawa film mentioned earlier in this article. It’s an anime retelling that adds some interesting sci-fi elements. Much like the 1954 movie, seven samurai band together in order to defend a village from bandits — only this time, the bandits are giant robots.

Samurai 7 may feature a lot more explosions than Seven Samurai, but it still does a fantastic job of fleshing out its characters and their motivations, while also telling a dramatic and thoroughly engaging story. Later episodes in particular really up the stakes, leading to a number of memorable moments.

Basilisk: The Koga Ninja Scrolls, not to be confused with 2018 follow-up Basilisk: The Ouka Ninja Scrolls, is an anime series about two warring ninja clans in feudal Japan. It started out as an award winning manga based on a 1958 novel, and the anime adaptation is well worth checking out if you’re into political plots, cool characters, and often crazy combat scenarios.

While Basilisk does have its fair share of almost supernatural ninja abilities, the show is still rooted in Japanese history, which gives it a surprisingly grounded feel as well as a dramatic edge.

Sword of the Stranger

Sword of the Stranger is a brilliantly animated film that follows Kotaro, a young boy who’s being hunted by a group of deadly swordsmen. Kotaro and his trusty dog Tobimaru run across a nameless samurai who ends up protecting them, resulting in loads of blood-soaked fight scenes.

The movie’s easy to follow and a pleasure to watch, making it a great go-to anime option if you’re in the mood for some samurai-based action, but aren’t quite ready to commit your free time to a full episodic series.

With its dramatic art direction and dark tone, Afro Samurai remains an iconic manga and anime property. It tells the straightforward tale of Afro Samurai, a swordsman who strives to be the best warrior in the land. It’s a bold and bloody anime that’s a treat for the eyes, both in its unique style and its animation quality.

If you’re looking for something a little different to the more traditional anime on this list, then Afro Samurai comes highly recommended. Spread across just five episodes and one feature length movie, it doesn’t demand a huge amount of your time, and you’ll be rewarded with a memorable anime experience.

Do you have any samurai games, movies, or anime that you’d like to recommend? Unsheathe your blade in the comments section below. 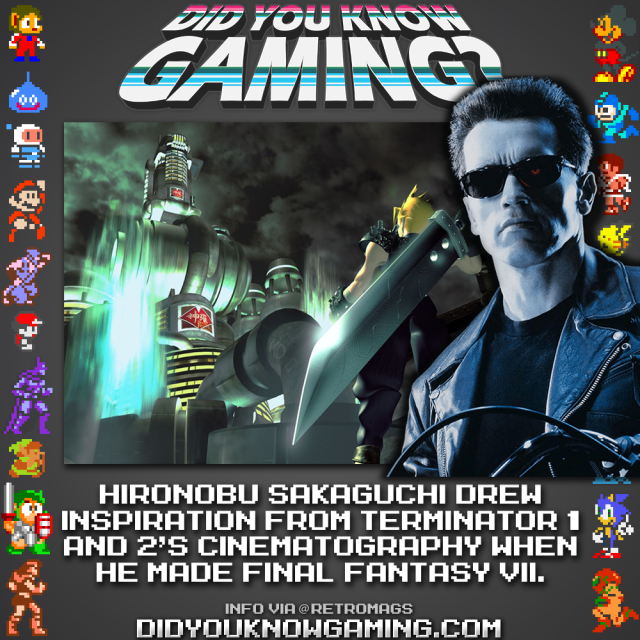 Did you know The Terminator had a huge influence on Final... 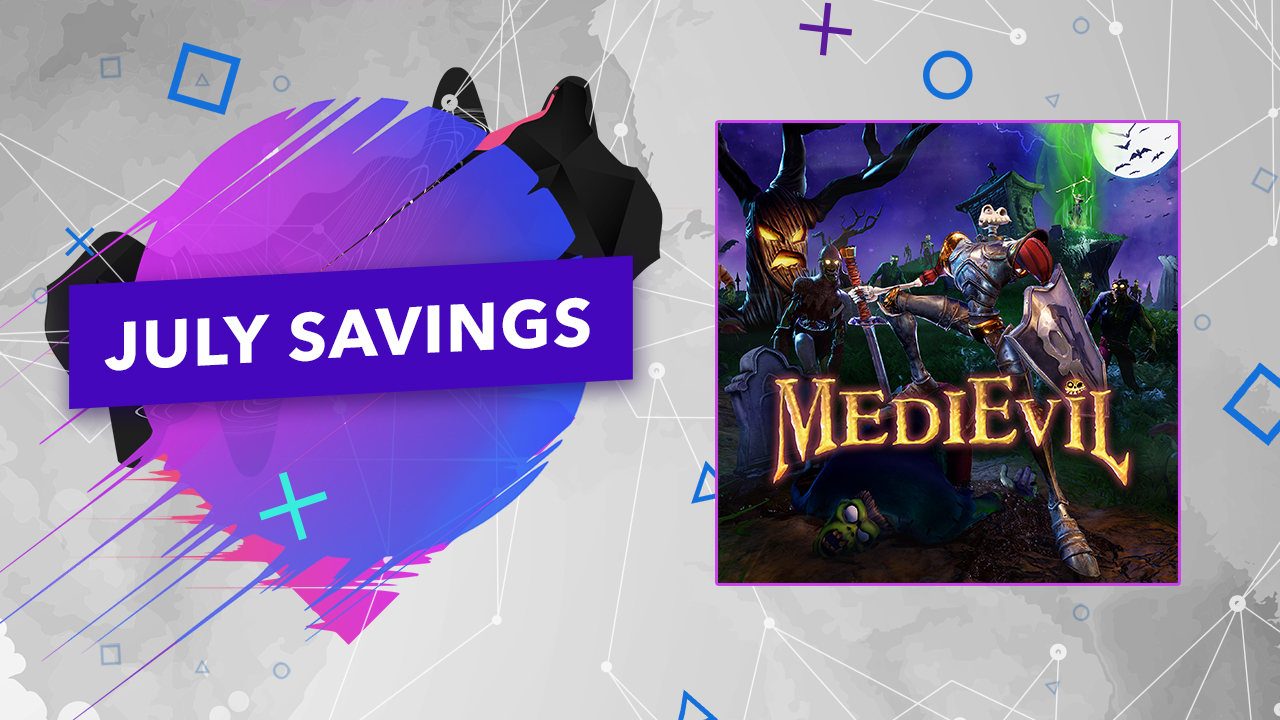